It would be appropriate to say that some Hindu sects follow vegetarianism, rather than say Hinduism forbids eating meat. We find that each Hindu sect likes to think of itself as the true synopsis of Hinduism or sanAtana dharma; the sectarian tilt is extended to sanAtana dharma as a whole! Modern interpreters of the Vedas altogether denounce animal sacrifice, which was a legitimate practice in olden times. The Vedic pashu-yagñas that were left untouched by many of the AchAryas (Shankara, Ramanuja, Madhwa, Vallabha, etc.) were subsequently eradicated by the moderns.

When one questions vegetarian Hindus about references to meat consumption in sanAtana dharma, they bend over backwards and come up with all sorts of apparently sensible explanations. We should understand the tilt towards vegetarianism is perhaps due to a combination of social, geographical, cultural and religious adjustment, rather than injunctions in our prasthAna thrayIs (Major Upanishads―Brahmasutra―Bhagavad-Gita). Jains were the first ‘vegetarian’ religious group and Buddhists were against animal sacrifice – and their influence on Brahmins of yore perhaps resulted in large-scale conversion to vegetarianism among Hindus.

Many religions lay restrictions on the kind of food that one is ‘allowed’ to eat. For example, it is forbidden for Jews to have the blood of any animal. Muslims are not allowed to eat pork. Further, Muslims can eat the meat only if the animal is sacrificed in a particular way. It is just the opposite for Sikhs – the meat of any animal that is sacrificed as part of a ritual is forbidden. For Jains, any kind of animal product is forbidden. Hindus generally avoid beef and many Hindus and Buddhists altogether avoid any meat. Hindus who are not bound by any sect are similar to Christians, in that no food is forbidden strictly on religious grounds.

The Bhagavad-Gita deals with food habits in a holistic manner. In the third chapter, Krishna talks about our overall attitude towards consumption:

“The wise ones eat the food that remains
after being offered to yagña;
thus, they are released from all evils.
The wicked ones prepare food for their own sake
and indeed live on sin alone.”
(3:13)
[Notes: In the process of procuring our food, to some extent,
we cause trouble to nature and also to other beings.
So we purify the food by offering it to the supreme
and then eating it with sense of gratitude.
Even if we eat a dry leaf that fell on its own accord,
we must not do so with a sense of entitlement.] 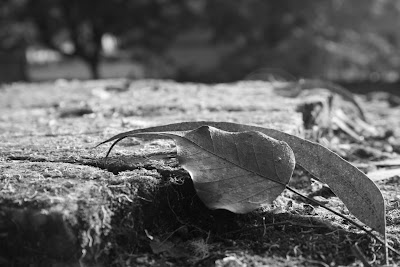 In the 17th chapter, Krishna talks about the nature of people and the food that they enjoy. There is no specific prescription on the kind of food one should be eating.

In a way, all of us are ‘Tastarians’, with our religious beliefs impacting on what we would not eat. But there can be no universal ruling on the food that an individual should or can eat. The only universality one can have is the attitude towards food – that of gratitude and humility for having got a meal. Ultimately, we should eat the food that we find appropriate in terms of taste, nutrition and health, giving due respect to the environment (social, religious, cultural, and ecological). The earth has enough to satisfy our hunger – not our gluttony.